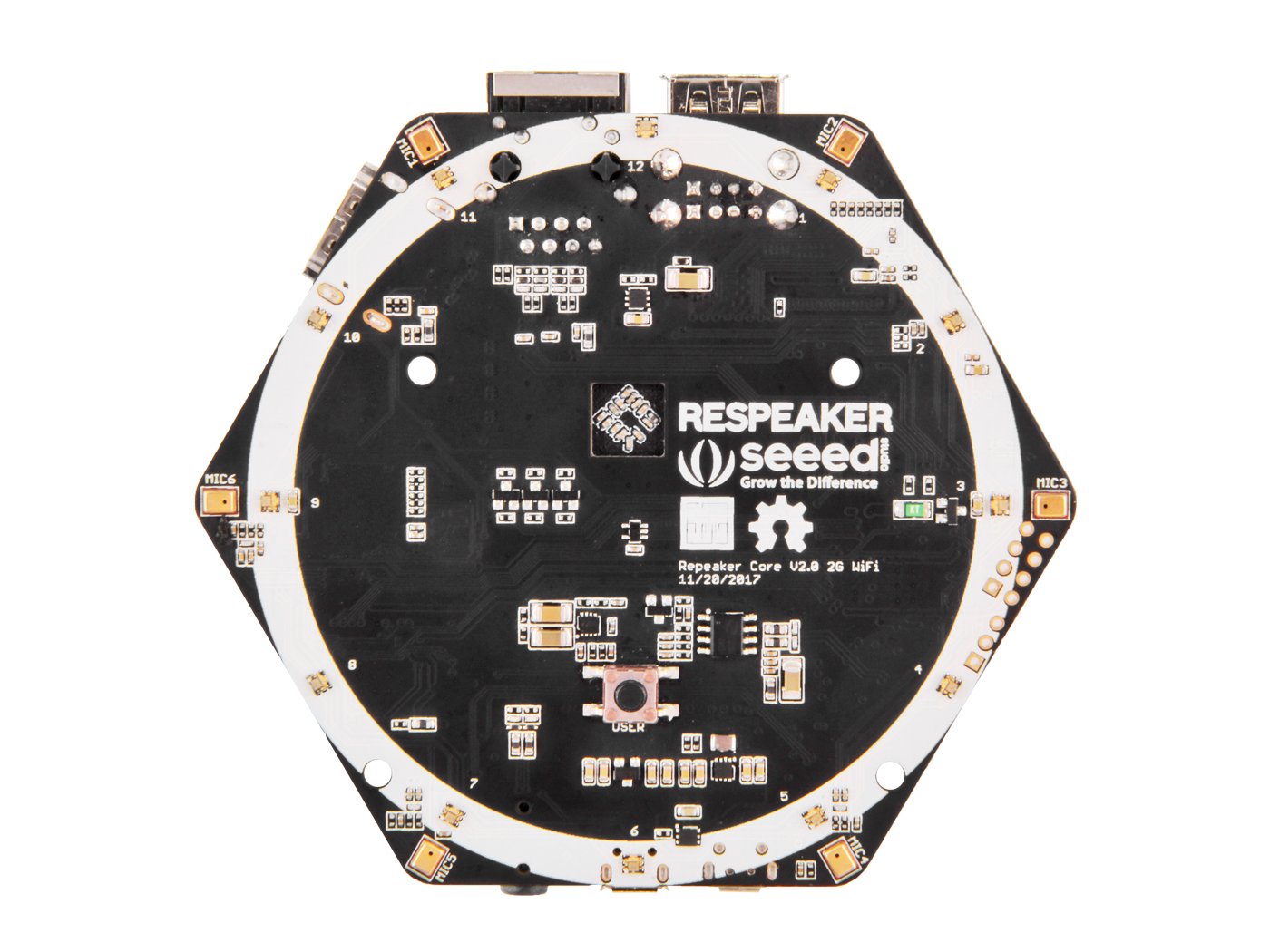 Seeed’s ReSpeaker Core v2.0 is designed for voice interface applications. It is based on the Rockchip RK3229, a quad-core ARM Cortex A7, running up to 1.5GHz, with 1GB RAM. The board features a six microphone array with speech algorithms including DoA (Direction of Arrival), BF (Beamforming), AEC (Acoustic Echo Cancellation), etc.

ReSpeaker Core v2.0 runs a GNU/Linux operating system (Debian). It benefits from a powerful and active community allowing for the use of existing software and tools for development, testing, and deployment, enabling rapid product development.

ReSpeaker Core v2.0 is designed as a feature rich development board for businesses to evaluate. To this end the board consists of two main sections, the first being the center core module containing the CPU, Memory (RAM), and PMU. The second section is the outer carrier board which contains the peripherals such as the eMMC, connectors, and wireless connectivity components. Either section or both can be customized through Seeed’s customization services.